LASTOVO ISLAND - THE GREEN JEWEL OF THE SOUTHERN DALMATIAN COAST

One of the eleven nature parks and the youngest in Croatia, the Lastovo Islands Nature Park, graces the southern part of the Dalmatian coast. The archipelago was proclaimed a park of nature to protect its untouched beauty which awaits to be discovered! 70% of the surface of this nature park is covered by trees, and Lastovo Islands are among some of the most forested islands in the Adriatic. This is why it is also known as the Green Island, immersed in the blue of the open sea. 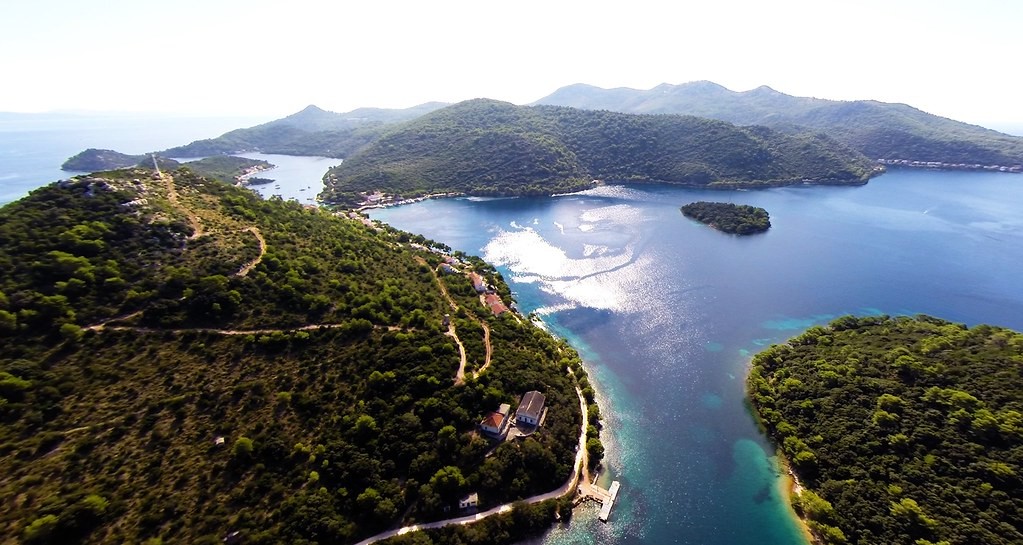 The biggest in the eponymous archipelago counting 46 small but interesting islands and cliffs is the island of Lastovo. It is one of the farthest inhabited Croatian islands (Split – Lastovo: 130 km). Thanks to its distant location it was, just as the island of Vis, one of the military bases of former Yugoslavia, and it was closed for tourists for 50 years during communism. It was opened to visitors only in 1988. Nowadays, there are military remains, including submarine caves, that remind of this past period.

Thanks to its distance and the fact that it was closed for half a century, its extremely beautiful nature remained intact, and the island gives out a special vibe, different from the one of our everyday life.  Even today, this place is definitely not the most popular tourist destination and if you like to avoid crowds, it is the perfect location for your relaxing and peaceful summer holidays in Croatia. The island also does not swarm with cafes or restaurants, but you can always find your place for a cup of coffee or a drink, and a place to eat.

The island of Lastovo is home to 6 settlements.

is the largest settlement on the eponymous island, situated on its northern side. Actually, this is also the main settlement on the island, but the only one that is not at the sea. Instead, it is located inland under high peaks! 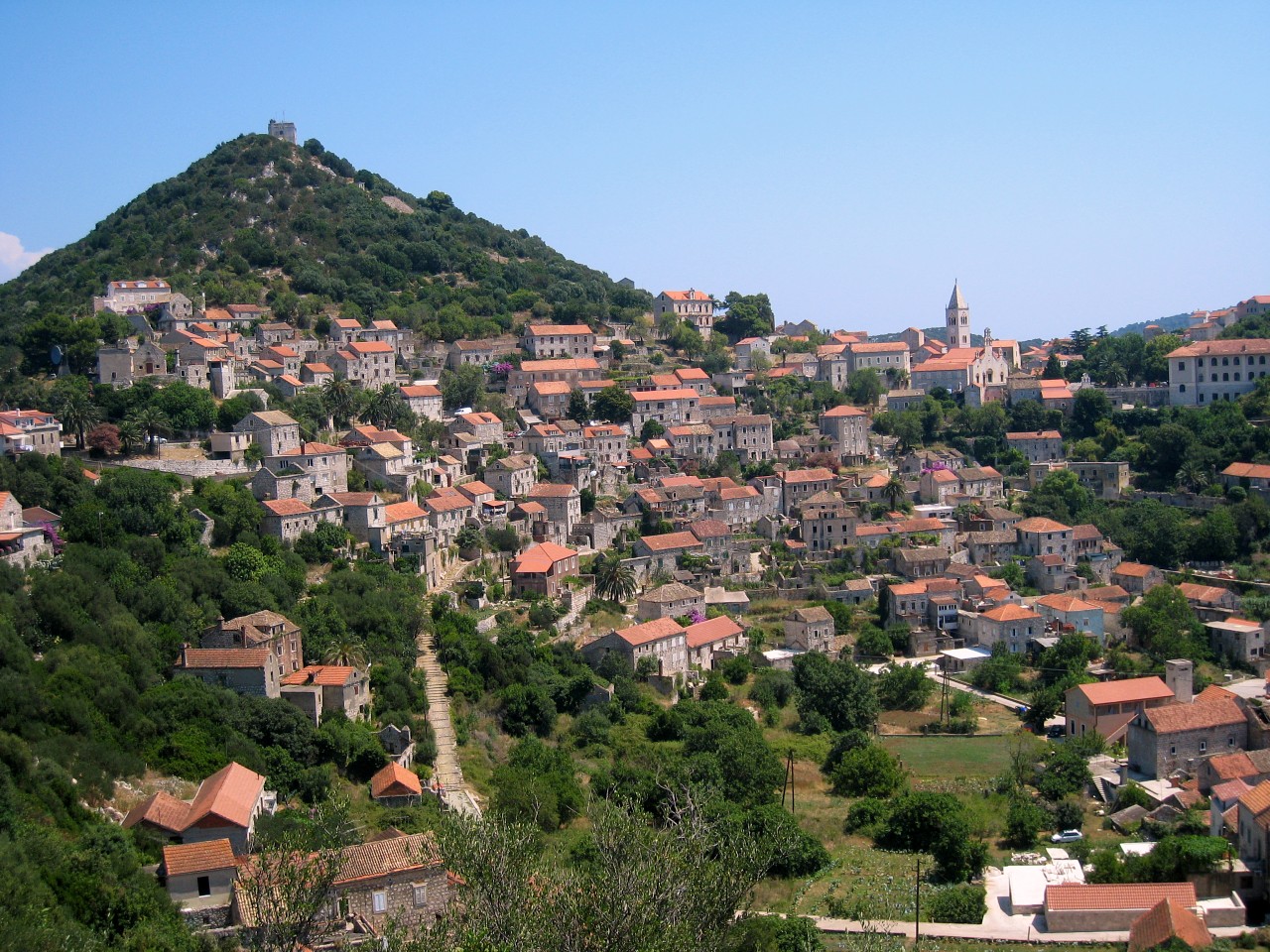 Lastovo - settlement on the hill under high peaks

From the surrounding peaks, you have an excellent view over the settlement.

The place has the shape of an amphitheater and a long, interesting history.

Thanks to the centuries-long rule of the Dubrovnik Republic over Lastovo Island, its architecture is beyond valuable. However, most of the beauty can be seen in Lastovo town. What stands out is the Renaissance, Gothic and Baroque architecture, artistic heritage, stone houses and stairways, narrow streets, and uniquely built chimneys (“fumari” in Dalmatian dialect). A few centuries ago, its citizens would compete in making beautiful and interesting chimneys. So, once status symbols, today, “fumari” are the highlight of the settlement. 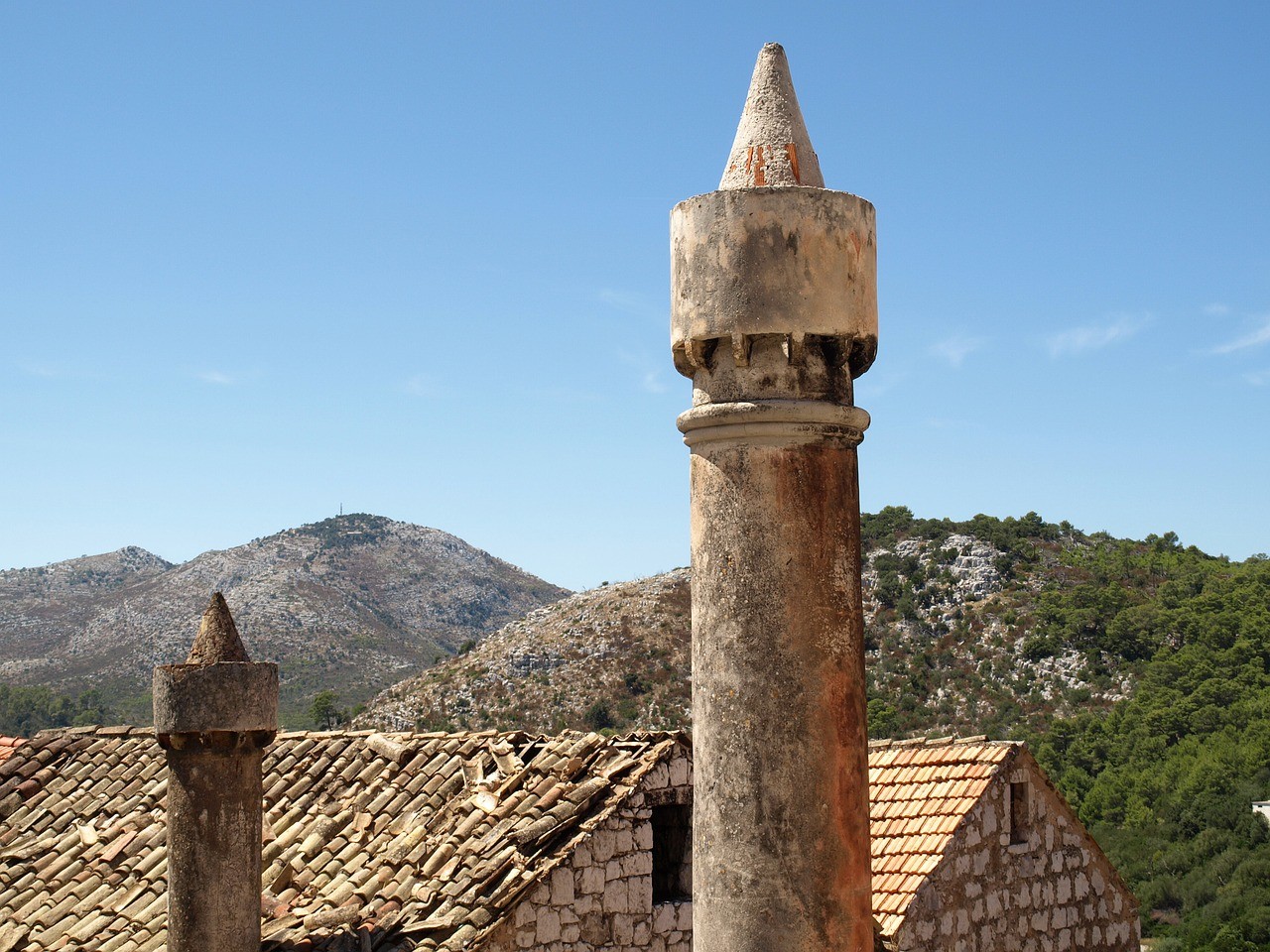 There is also the parish Church of St. Kuzma and Damjan dating from the 14th century that was built by Dalmatian masters and its altar ornamented with works by a Venetian artist.

On the southern edge of the settlement is the small, but very attractive Church of Saint Mary in the field dating also from the 14th century.

The harbor in this settlement is located in the Sveti Mihovil bay. This harbor was built back in the time of the Austro-Hungarian Empire. The settlement is reachable in 20 minutes walking uphill from the harbor. In the Sv. Mihovil bay, there is also a nice beach with easy access and a summer bar, perfect for a short stop when sailing in Croatia.

In the settlement, you can find a bank, post office, pharmacy, medical center, tourist office and also some shops.

This small village is also a port, located in the Veli Lago bay, on the southern part of the island. In the village, you can find a supermarket, as well as a restaurant or a bar, a post office, and even a bank. It is also one of the settlements in which to refill fuel when sailing the Dalmatian islands. From there, you can visit other places on the island since it is very well connected by bus.

(meaning passage in local dialect) is a village located on the western side of the island of Lastovo. Very near to the village are located Veli Lago and Mali Lago, two popular bays on Lastovo where you can go for a peaceful swim. The bays are also safe to overnight when sailing in Croatia, and they provide good shelter from all winds. In the village, you can also find a restaurant or a bar and a diving center.

is situated on the northern part of the island, in Zaklopatica bay. The bay also provides a good shelter, since it is protected by small islets located on the northern side and facing the island of Korčula. Apart from very good shelter, the bay also offers restaurants and cafes and is really beautiful. It is nearly perfect for passing-by sailors on their holidays in Croatia.

This small settlement, which once was a fishermen village, is located right at the sea, and nowadays, it is a historically protected site.

(Hidden Port in English, known also as Porto Rosso) – Located on the southern coast of the island, in the most beautiful bay on Lastovo. The bay is very secluded, and it is why it offers good protection from winds and makes a good place for anchoring.

In this village is situated one of the oldest lighthouses of the Adriatic Sea.

In Skrivena Luka you can find a nice restaurant as well as a cocktail bar, but not much else. 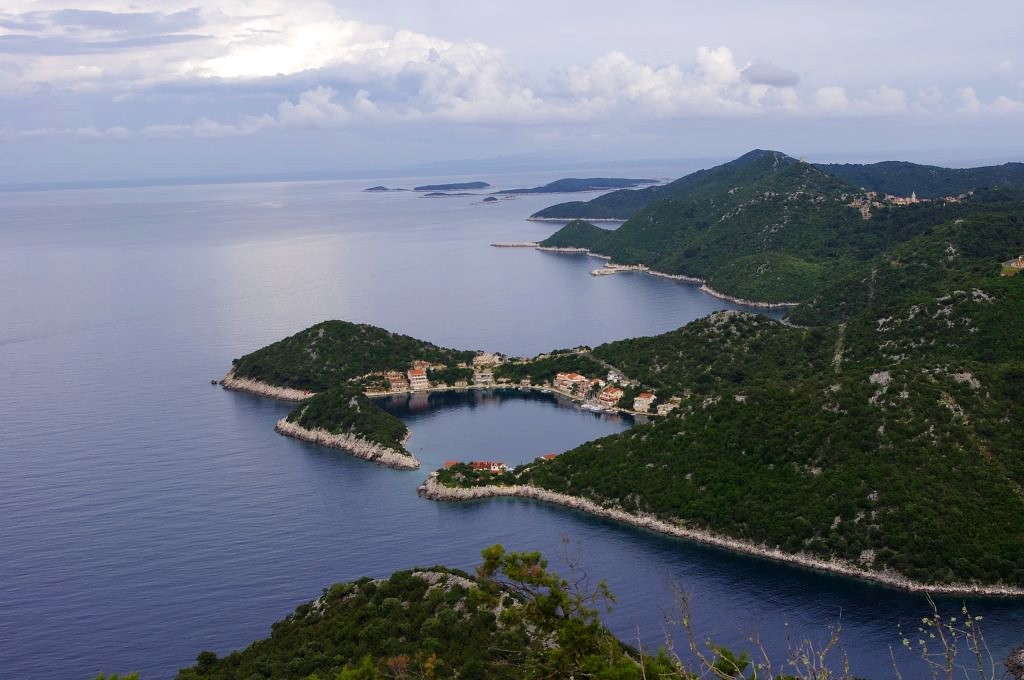 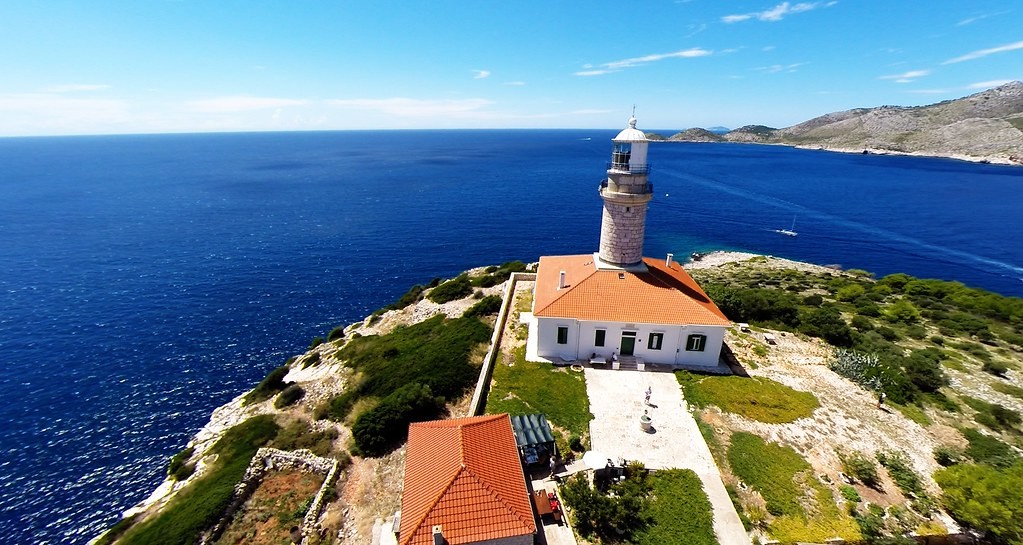 No matter if you enjoy active or passive holidays, Lastovo is an ideal destination when sailing in Croatia. 46 small islands in the Archipelago you can sail around and explore at a slow pace, many beautiful secluded bays, crystal-clear sea, white rocky shores, numerous vineyards, rich architecture of historical value, mountains, forests, quality food in restaurants,…what is there you could miss on Lastovo?

For overnight, you can choose between mooring in marina Veli Lago in Pasadur or restaurants' moorings in Zaklopatica bay or Skrivena Luka.

For anchoring, good options would be Jurjeva Luka, Skrivena Luka, and Mali Lago. 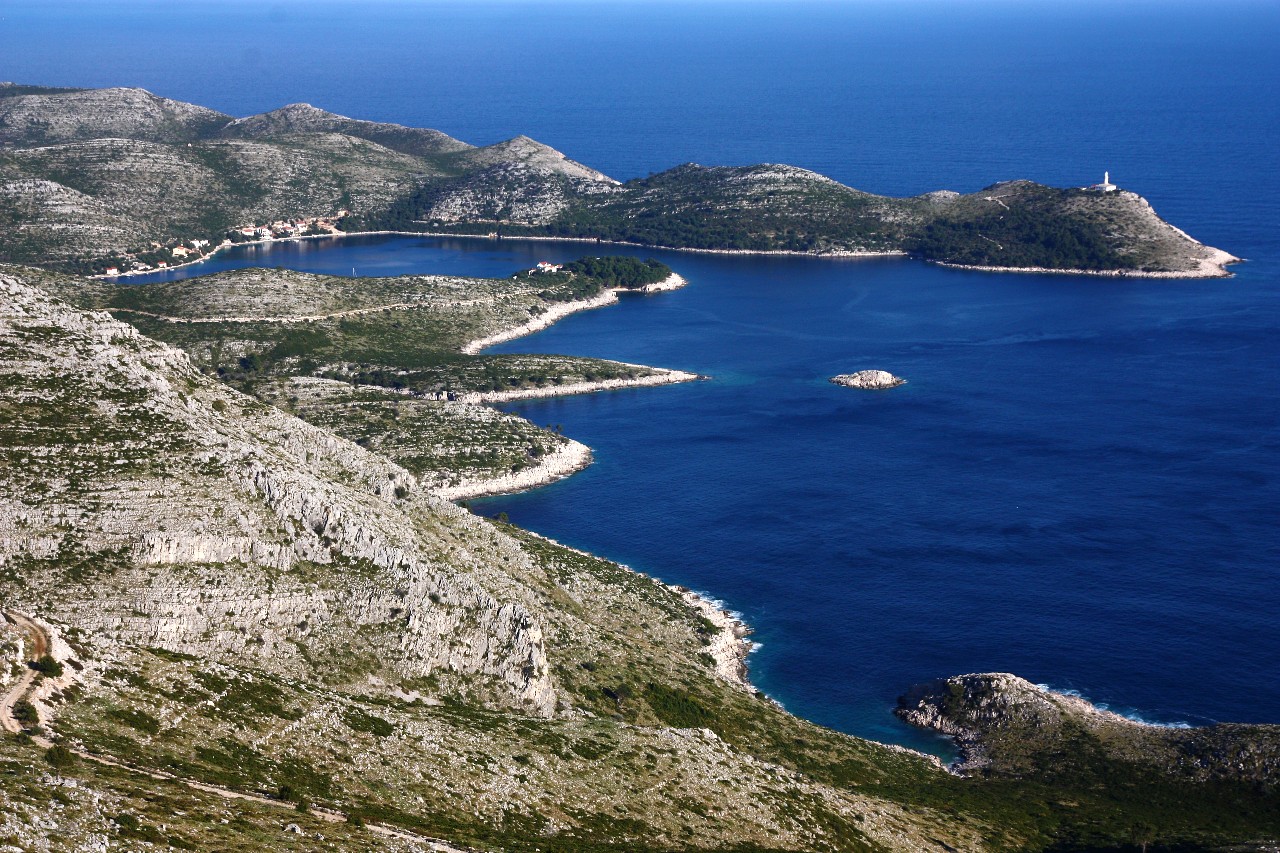 We always recommend consulting TRIPADVISOR to help you choose the best place to eat.

*What is interesting about Lastovo is that it is marked by the number 46 - there are 46 islands in the archipelago, 46 hills, 46 fields, and 46 churches on the island of Lastovo that covers the surface of 46 km2 (18 sq mi).