THE ISLAND OF VIS

The small island of Vis is the farthest inhabited island on the Croatian mainland. Its untouched beauty is difficult to put into words, and that is, at least in part, a result of its interesting past and rich history – the rule of different nations that have left their marks.

The nowadays Vis island was inhabited already during the late Neolithic area. It was under the rule of many different nations. For example, the Greeks made their mark when the island became a Greek colony named “Issa”, and afterward, it came into the hands of Romans. Between the 13th and the 18th century, Vis was part of the commune of Hvar, but it was under the rule of the Republic of Venice from 1420 to 1797, known as “Lissa”. It was during this period when the two largest settlements on the island (nowadays Komiža and Vis) developed. In the 20th century, the island became part of the Kingdom of Yugoslavia and during the Second World War, it was one of the main Yugoslav military naval bases. 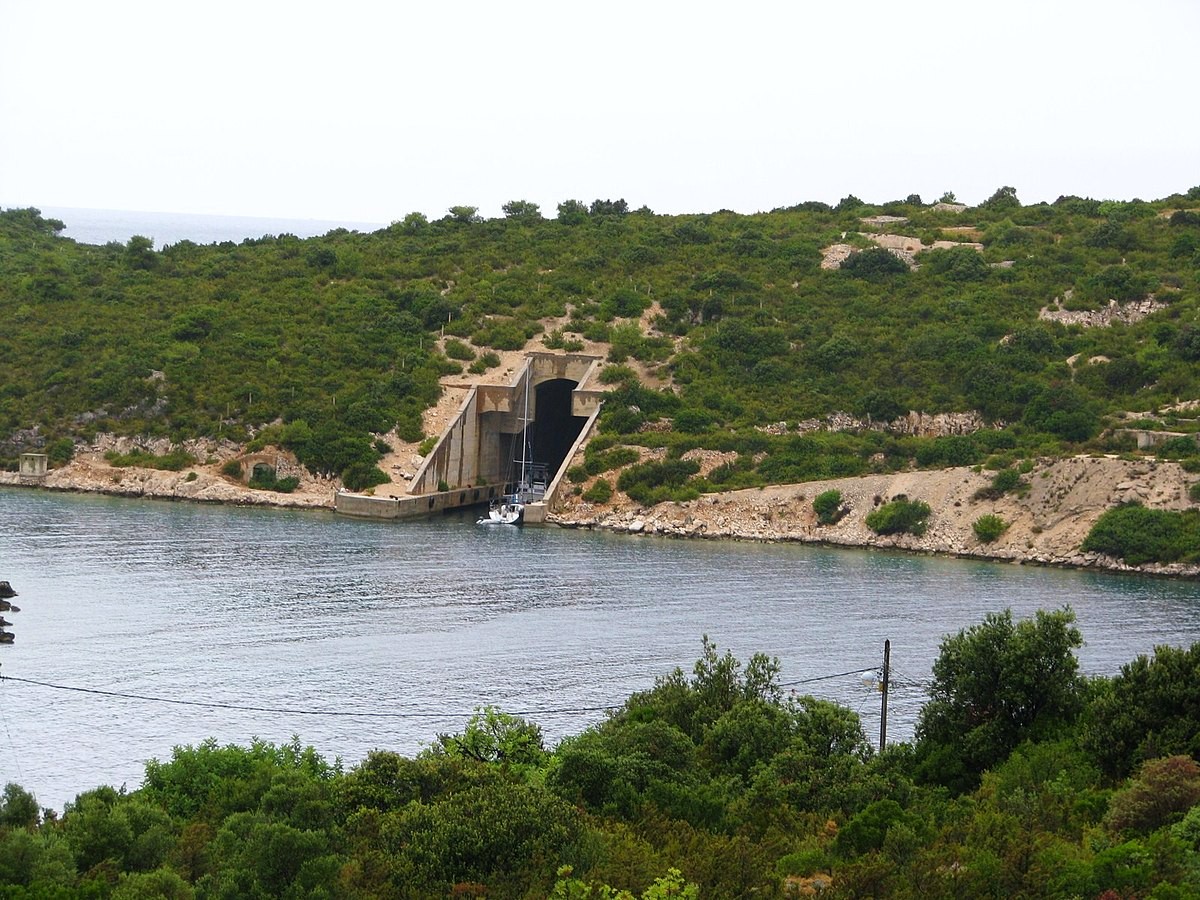 After WWII, the facilities that used to belong to the navy became abandoned and are nowadays used as attractions (including tunnels, bunkers, and a secret submarine base) for tourists who come to Vis when sailing in Croatia. From the end of WWII, till the beginning of the Croatian war (1991-1995), Vis was closed for foreign tourists. In that way, the town never developed a tourist industry, and its natural beauty was left intact. It was opened for business in 1989, and only then tourists got the chance to sail to Vis and recognize the beautiful nature of the island. 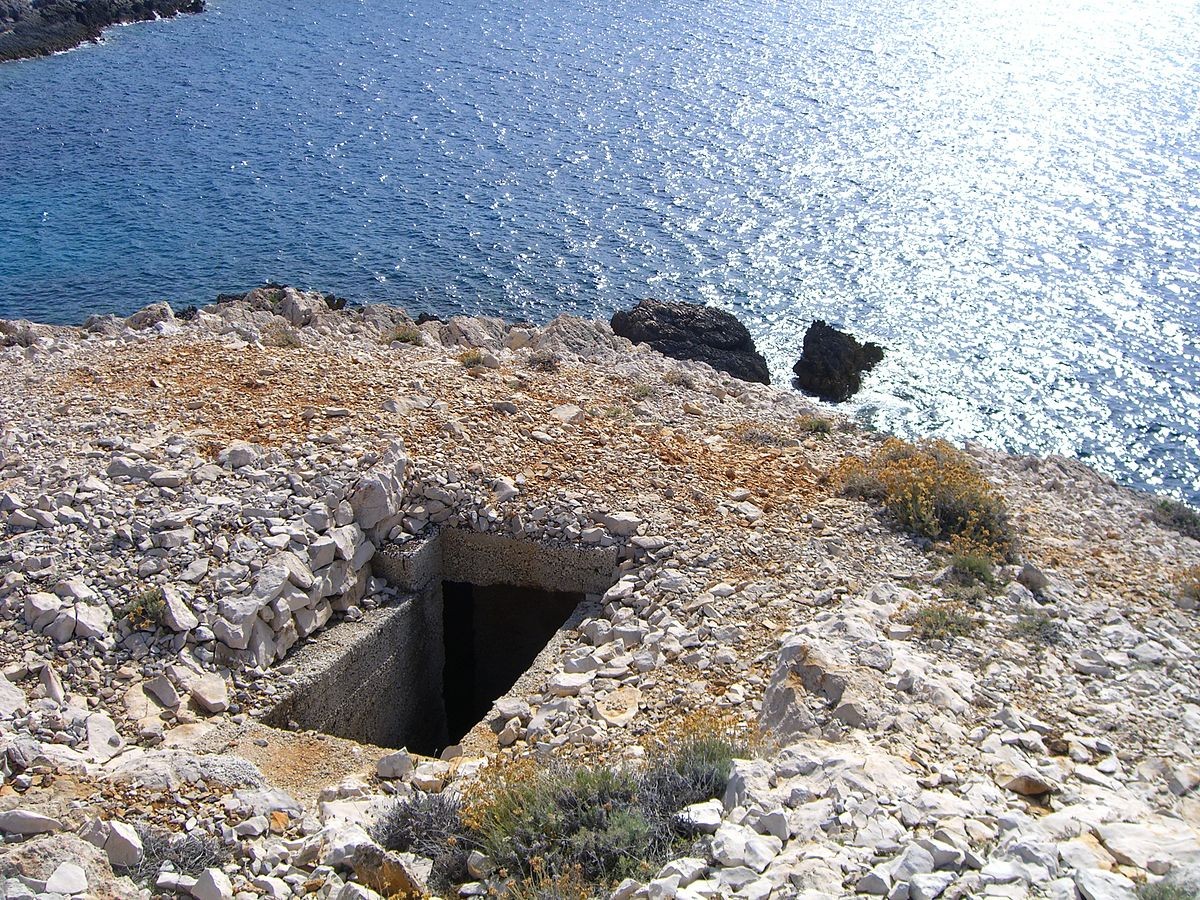 Military facilities on the island of Vis - underground tunnels

Back in the 19th and the 20th century, Vis was well known for its fishing industry, but lately, the industries that are popular are agriculture, and evermore, tourism.

Even today, the island of Vis is not a typical tourist location. There is no nightlife, big hotels, crowds nor any fuss. The beauty of the island of Vis is in its unspoiled nature and the tranquil Mediterranean kind of atmosphere and landscape - narrow streets, stone houses...a place for a proper rest when sailing in Croatia. 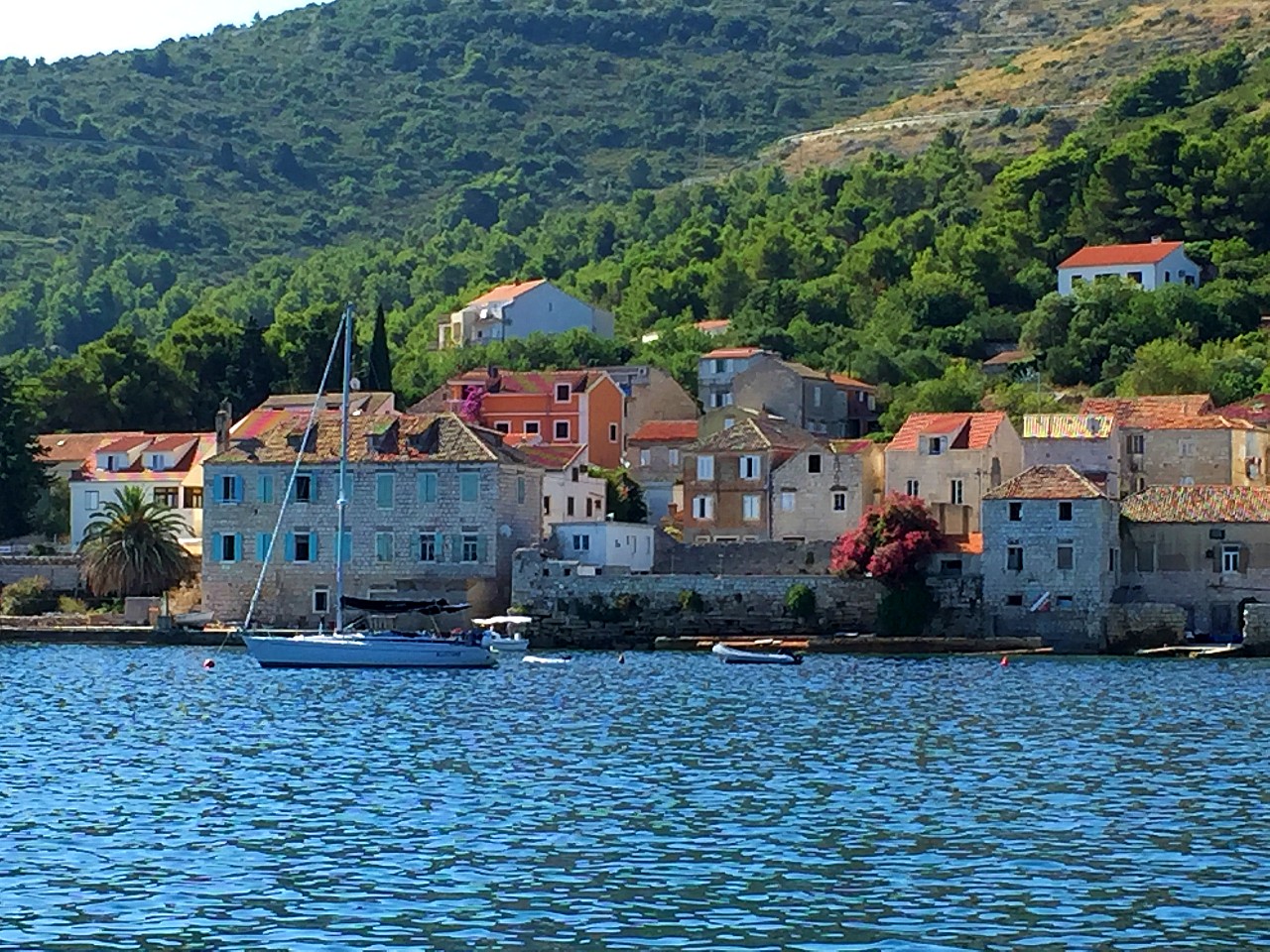 However, thanks to its isolation during the times of Yugoslavia, Vis is getting ever more popular. Moreover, the fuss was created when Vis was chosen as the filming location for Mamma Mia: Here We Go Again! In 2017, this little island was the Hollywood of Croatia for a few months – the musical was being filmed in front of the old stones of Vis and Komiža town, with the locals playing as extras. The popularity thanks to filming this musical might be a threat to the island’s slow pace.

Altogether, the island has an interesting interior. What is most attractive to tourists are the military remains witnessing the Yugoslav period that can be found all around Vis.

There are even military tours organized for visitors – find more at https://vis-special.com/ and https://alternatura.hr/.

The whole southern side of the island overflows with beautiful bays and islets.

Vis, Luka Rogačić - the view from a sailboat

- offers bow mooring (not possible to make a reservation)

One could spend the whole week just sailing around the island of Vis. There are so many bays, each more beautiful than the other, with so much to see.

THE TWO LARGEST SETTLEMENTS ON THE ISLAND

On the way to Vis town, stop for swimming and sunbathing in the nearby Stončica bay south from Vis, or Luka Rogačić north from Vis.

Vis is the oldest settlement on the island of the same name, located on the northeast side. It is a stretched settlement grown out of Kut and Luka, once two divided parts which became one entity in the 16th century. Nowadays, Vis is the administrative and cultural capital of the island. 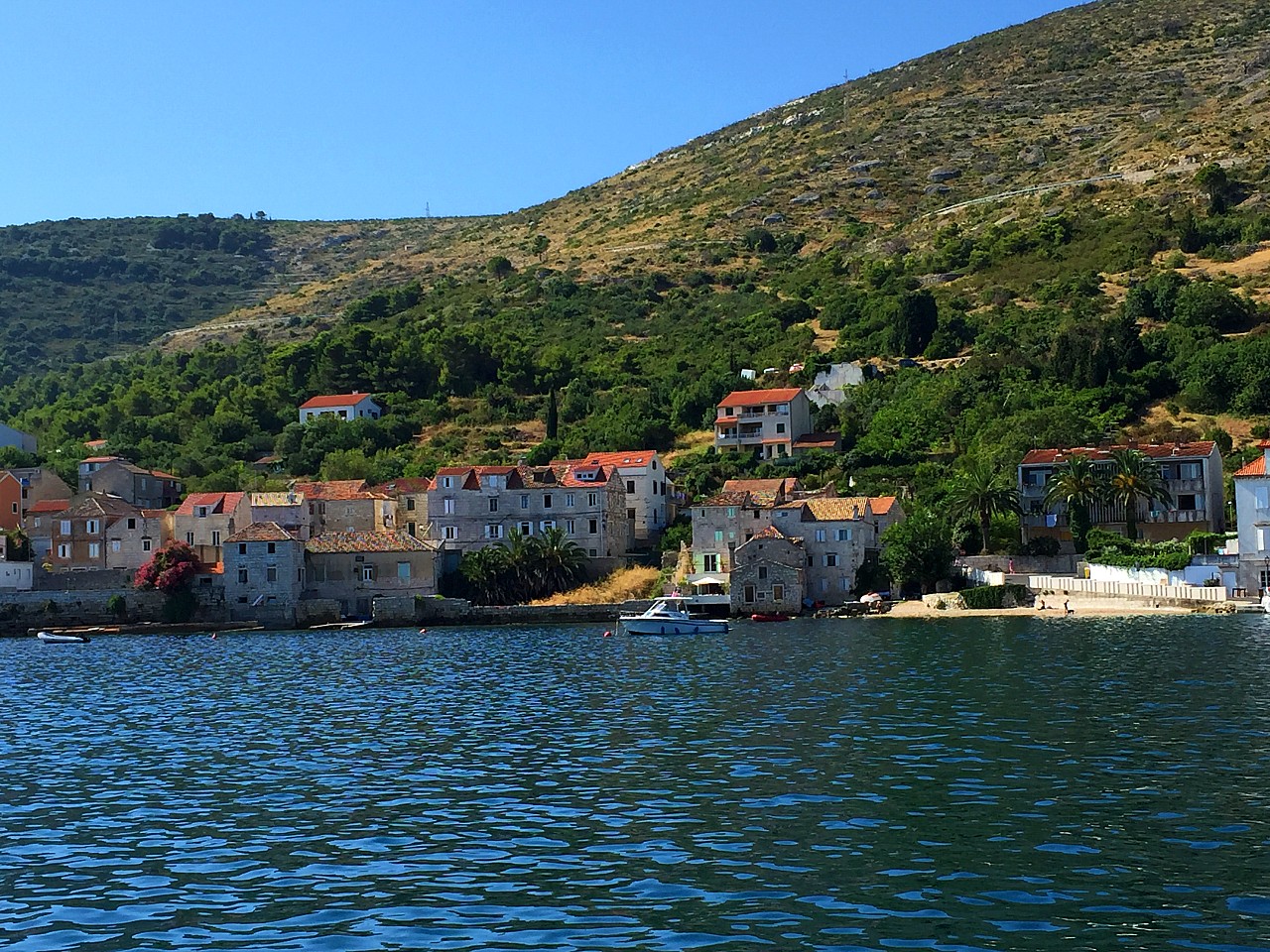 Kut - one part of the Vis town

The town’s long harbor is located at the foot of the wide St George bay. Near the harbor, in the town’s interior, you can find interesting ruins from the Greek and Roman periods which represent the oldest part of Vis (remains of Greek necropolis and Roman baths). In town, there are also churches and palaces (Gariboldi palace, Prdvarić palace, Jakša palace) dating back to the 16th and 17th century. 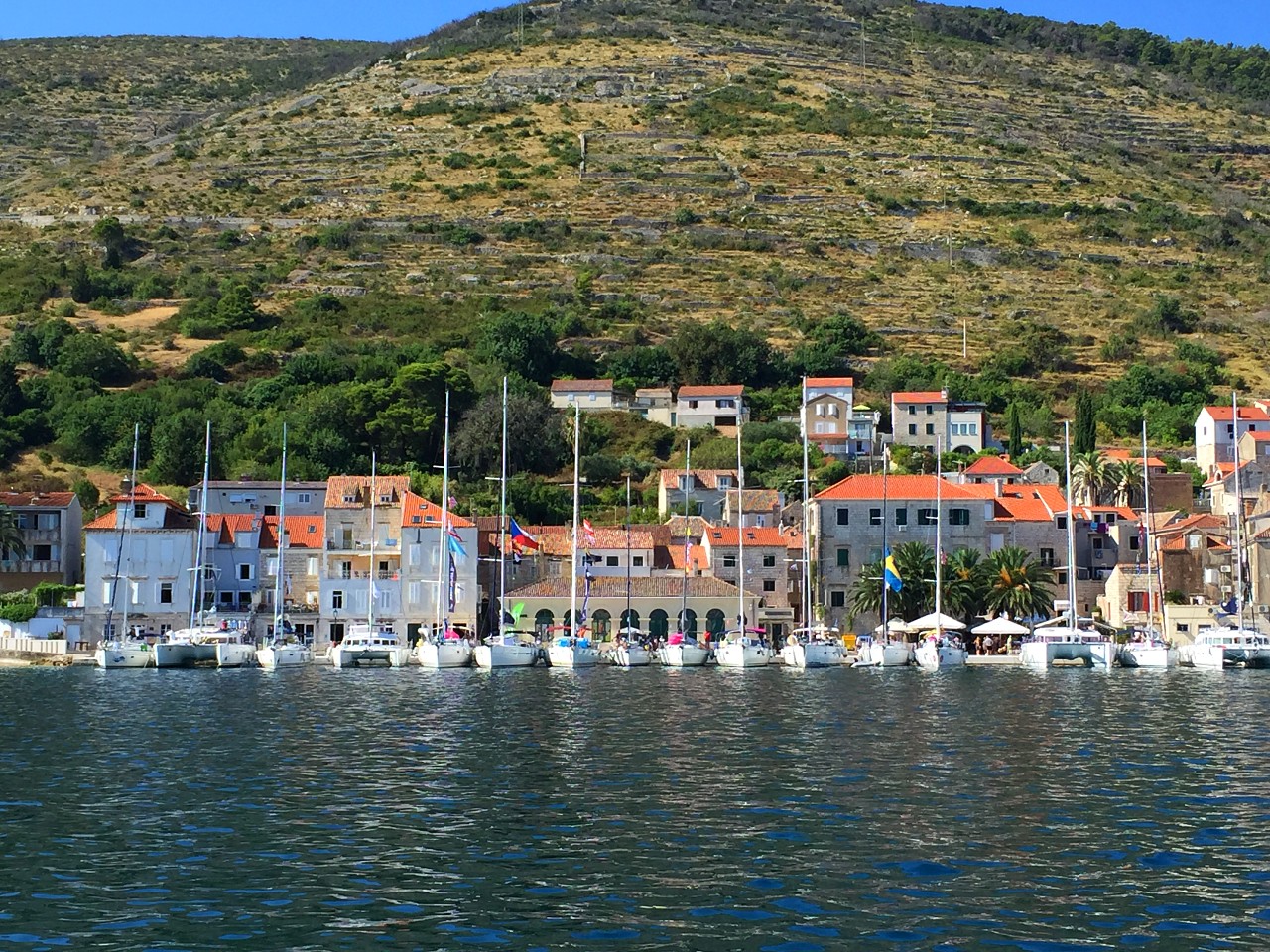 Vessels in the port of Vis

If you are a lover of history and art, the best part about the town of Vis is the Archaeological Museum holding several Greek sculptures.

Although the visitors, especially yachtsmen, are increasingly coming to Vis when sailing in Croatia and the island is being changed daily, the authentic Mediterranean environment is well preserved. Most offices and shops in the town are located right in the center of the bay, where the ferries dock. 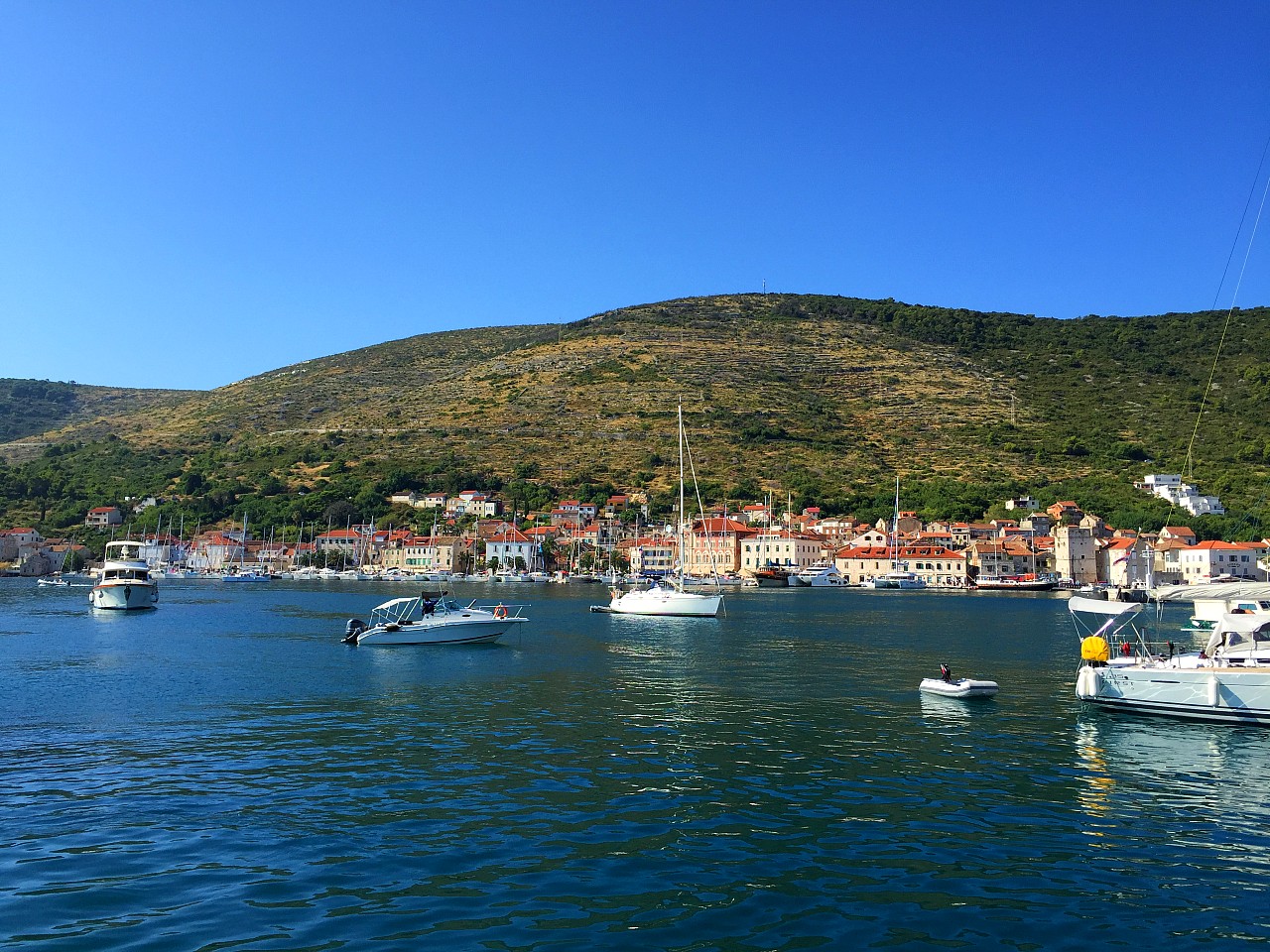 We recommend consulting TRIPADVISOR to find suggestions for the best restaurants in Vis. 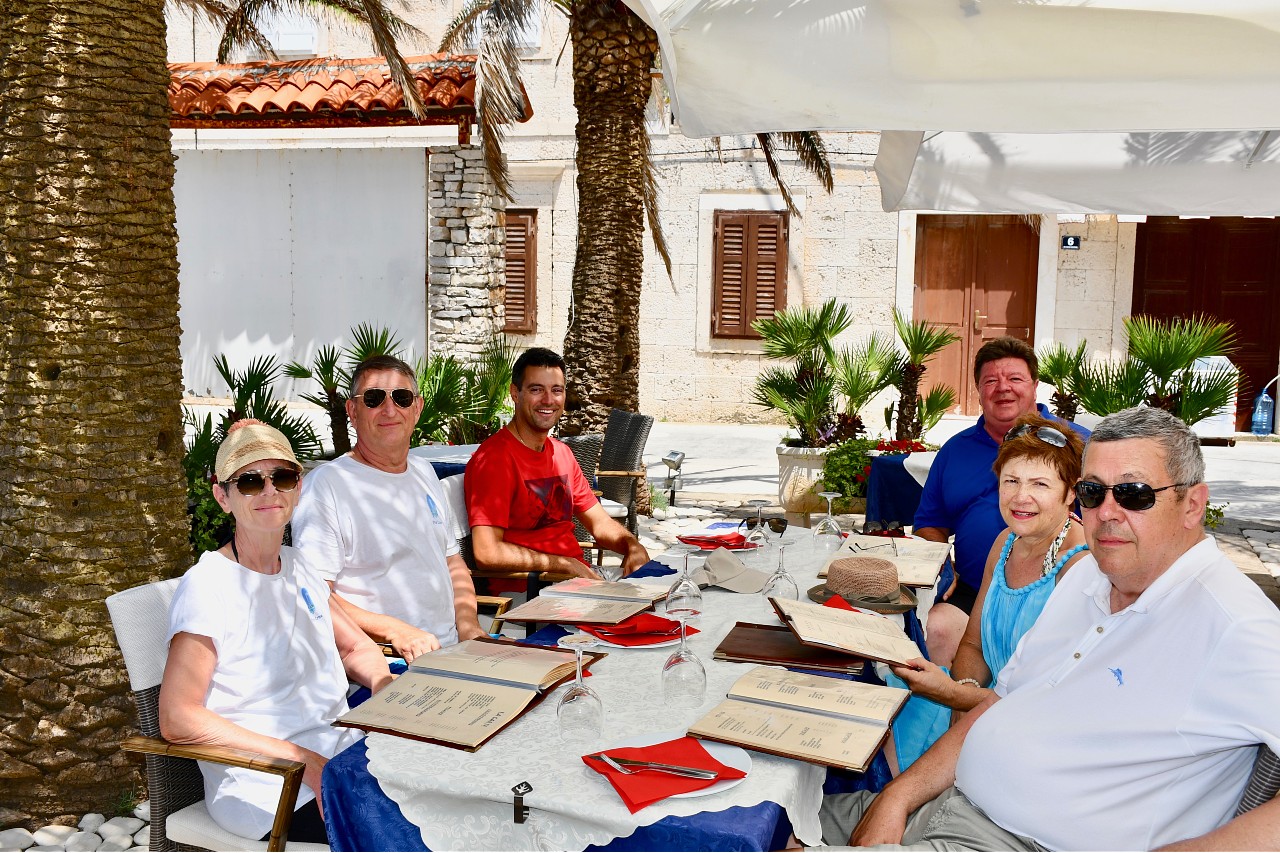 The place was settled earlier than the neighboring Vis. According to one theory, its name originated from the syntagm “Com Issa”, meaning “next to Issa,” today’s town of Vis.

Komiža Town Harbor With a View to St. Nicholas Church

Komiža is a charming, picturesque fishing place on the southwest of the island of Vis. It is actually a small, Mediterranean town placed at the foot of a 600-meter-high mountain Hum, and in a deep bay. Thanks to the mountain, Komiža is separated from the rest of the island as well as from the agricultural land – the reason why its citizens turned to the sea and fishing.

Its fishing tradition is long, and it developed already in the middle ages under Venetian rule. The early 20th century was the golden age of fishing. However, since the Austrian rule and the fall of the Austro-Hungarian Empire, this tradition started to shut down. The fishermen started to emigrate, and its strong fishing tradition was taken to North America.

The fish factories (7 at one point), which had been the underpinning of life in Komiža for years, are long closed. Even though Komiža was one of the most prominent sardine exporters in Europe, today, only the story can be told about its tradition. 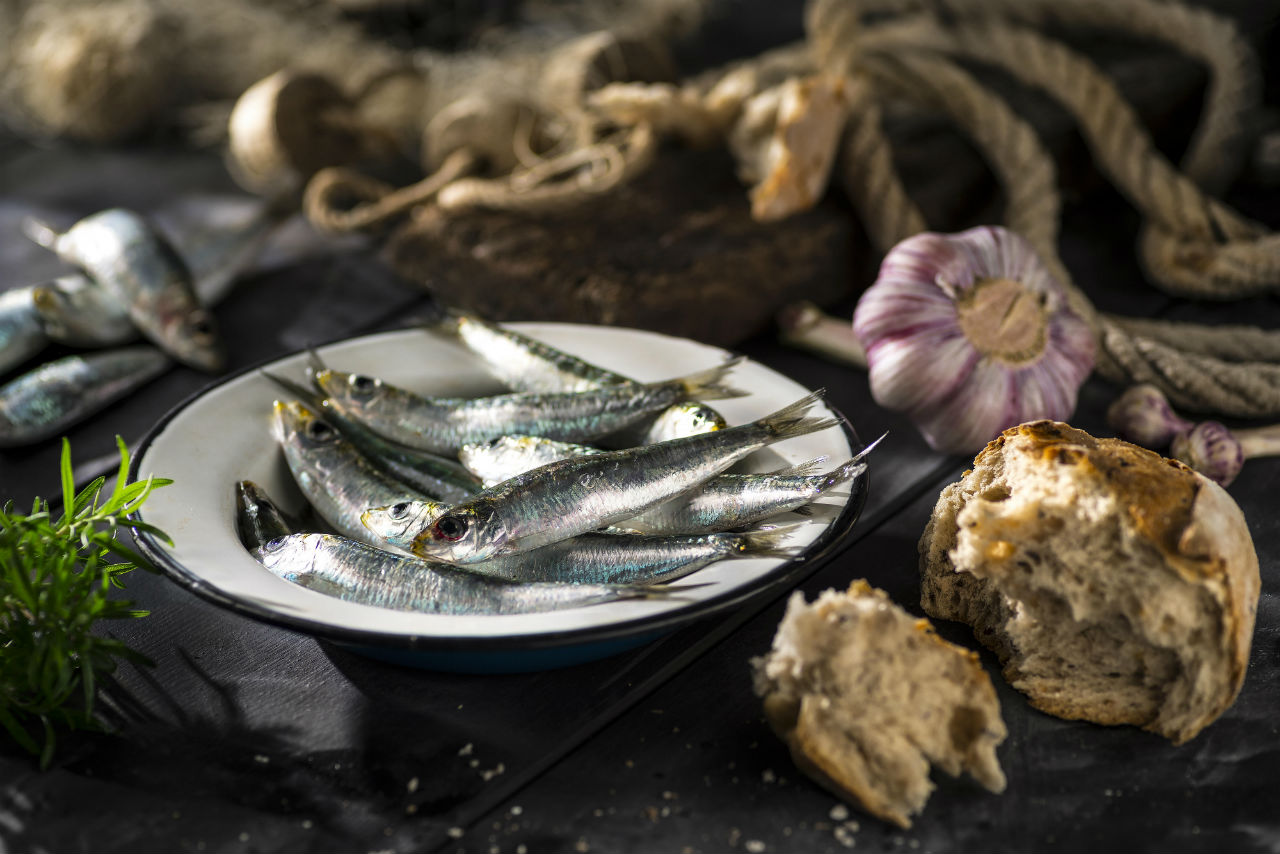 This settlement is a perfect starting point for heading to Biševo island just in front of it and visiting the famous Blue Cave. 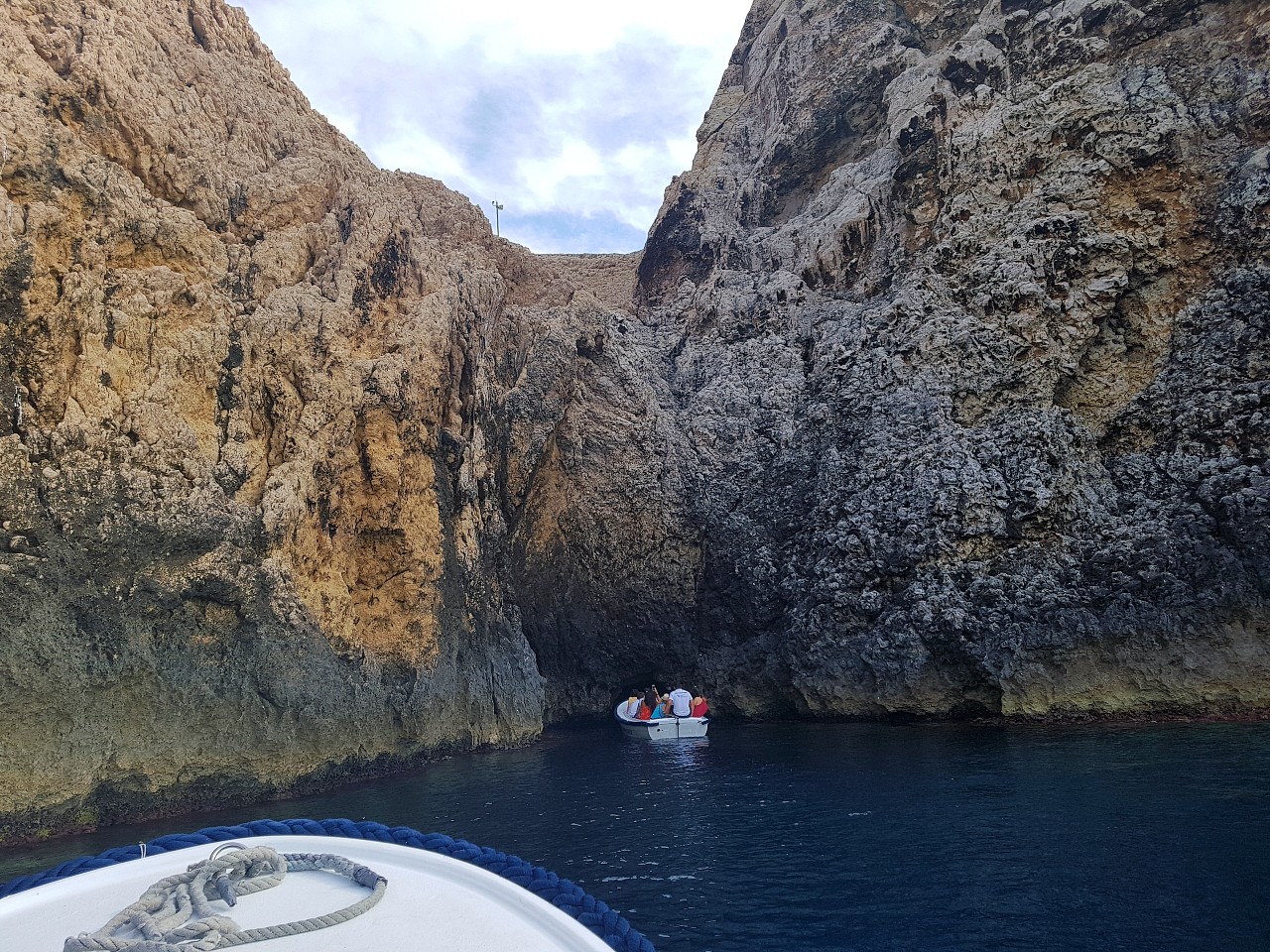 Right in front of the entrance to the Blue Cave 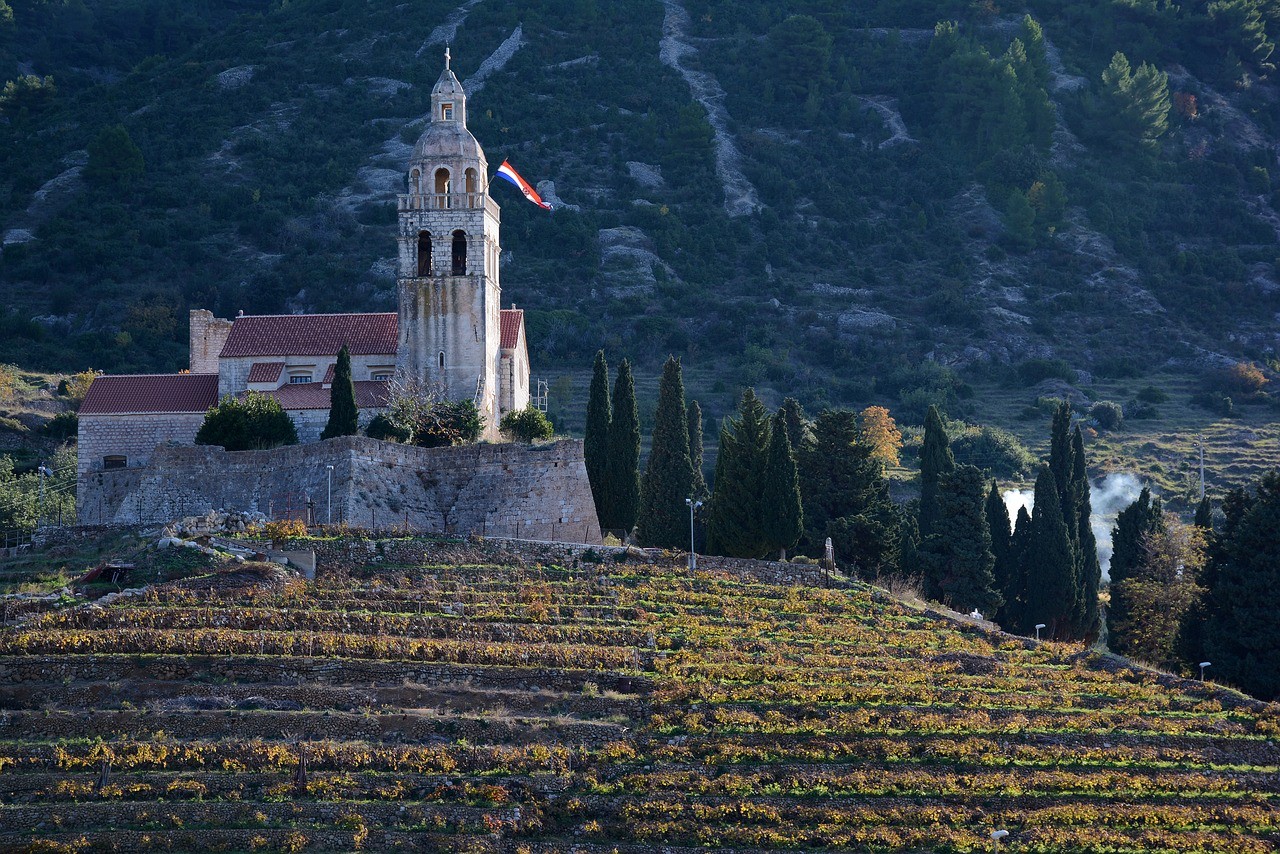 The church of St. Nicholas, Vis

We recommend consulting TRIPADVISOR to find suggestions for the best restaurants in Komiža.

THINGS TO DO ON THE ISLAND OF VIS

There are many things to do here, from different tours to visiting historical monuments.

It is advisable to call in advance. The tourist office in Vis will gladly help you with finding these wineries.

Dive into one of the most popular underwater locations around Vis island. Explore caves, shipwrecks, airplane wrecks, archeological sites; go for discovery diving, night diving, and much more.

The cave where Marshal Tito found his shelter and turned it into his headquarters; local travel agencies organize excursions to the cave and other military sites such as tunnels and a missile base at Stupišće point near Komiža.

RELAX ON A BEACH 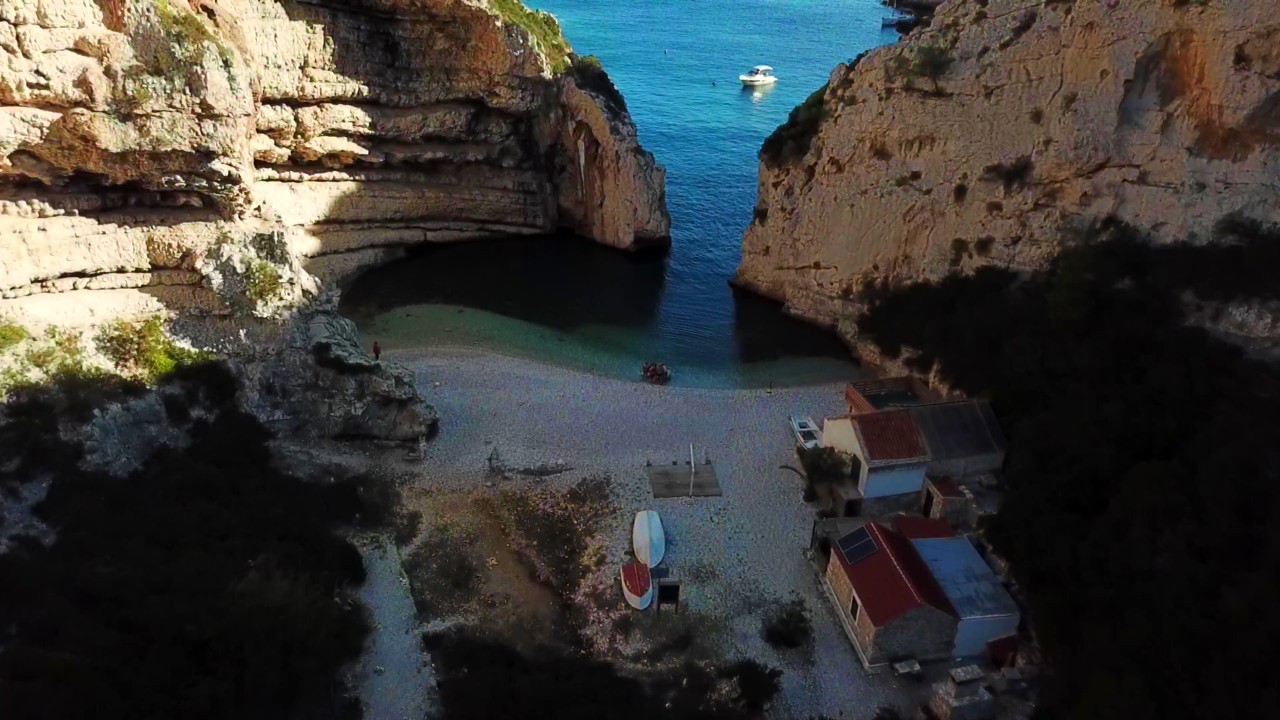 Stiniva bay from inside the canyon 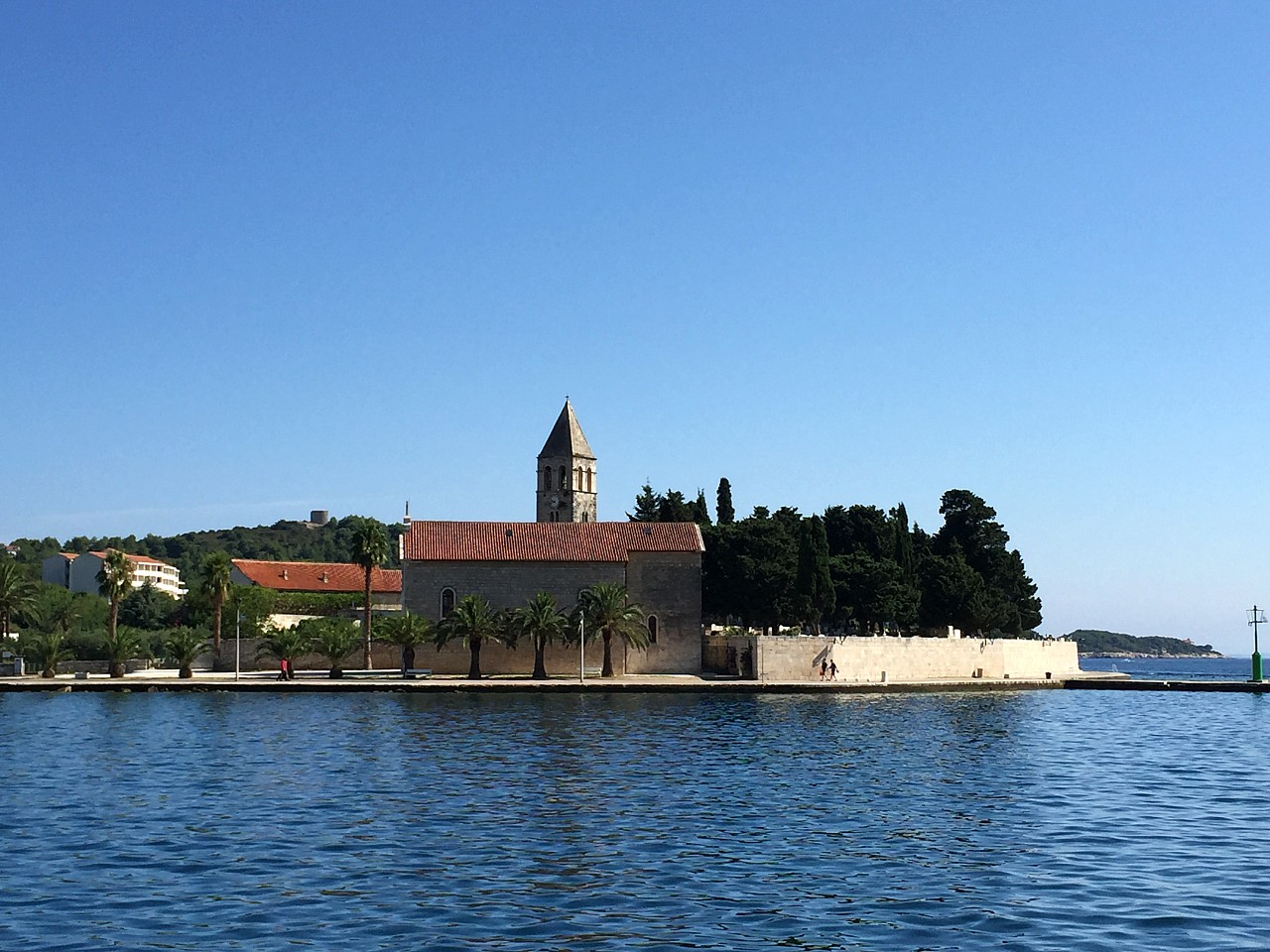 Fort George; restaurant & bar high on the hill - restored and renovated, overlooks Vis town. In the summer you can enjoy special parties at the bar or come to the fort just to watch the sunset. 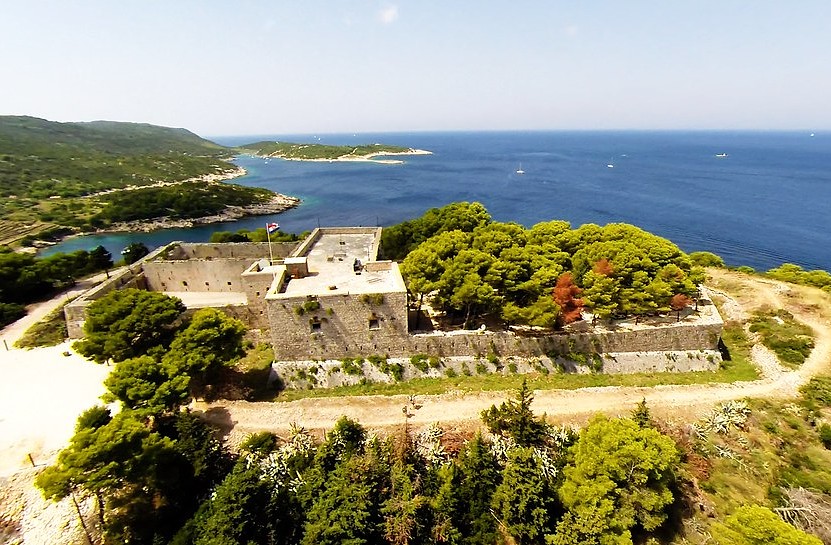 Take a trip from Komiža to the small island of Biševo and witness the spectacular luminescence inside the Blue Cave – an unforgettable experience. In order to be able to enjoy the spectacular color scheme in Blue Cave, it is necessary to reach it between 9:30 – 11:30. 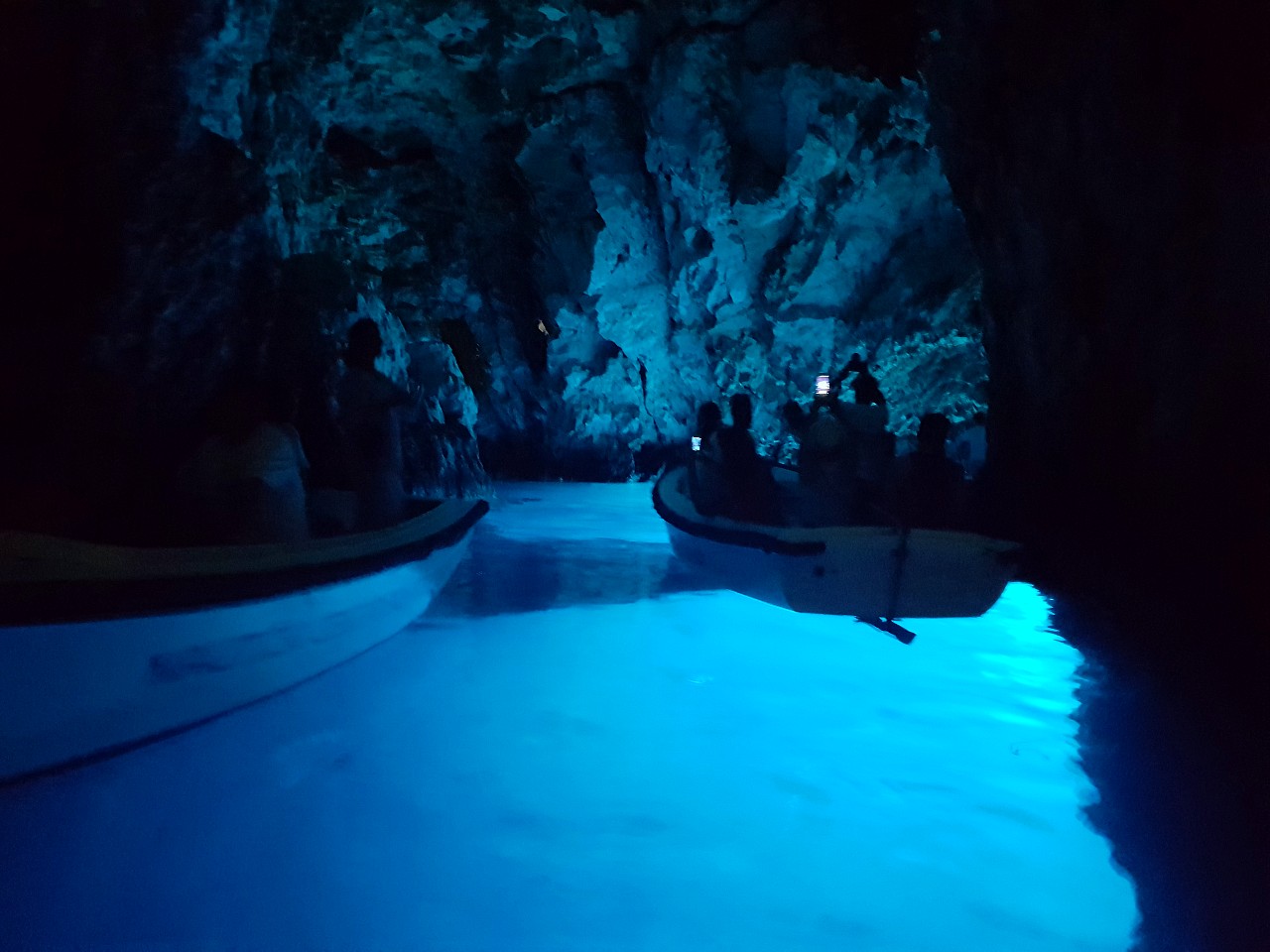 The luminescence in the Blue Cave

The other two natural wonders are the caves “Monk Seal Cave” and the “Green Cave” which you should not miss.

RENT A CAR/SCOOTER AND EXPLORE THE INLAND

To explore the inland of the island of Vis, you have to rent some kind of a vehicle (a car, a scooter). Many agencies rent this kind of transport to tourists who want to explore the island. There are also bus lines that drive from Vis town to Komiža town, which also make it possible to travel across the island and discover the inland.