THE MOST USUAL FIRST-NIGHT DESTINATION FOR CHARTERS STARTING FROM SPLIT

If you choose to spend your holidays sailing in Croatia and to set sail in Split, it is more than likely that, on your sailing trip, you will stop in Milna.

WHERE IT IS LOCATED

You can come from Split to Milna with just over an hour of sailing. Milna is the biggest settled area on the western coast of Croatia’s tallest island – Brač (highest peak - Vidova Gora). Although the most popular port on Brač, Milna is still a picturesque and rather peaceful village (little over 800 residents). It is not just the most beautiful port on the island, but it is also the best natural port recognized and appreciated for a long time.

Milna is actually located in a deep bay that faces Split Channel and a small island named Mrduja (choose sailing in Croatia for spending your holidays and be one of the few to see Mrduja up close).

It gets even better knowing that Milna is surrounded by other mesmerizing coves also worth visiting while sailing the area:

Nowadays, thanks to the fact that it is the biggest natural harbor on the island with even three marinas (the small Marina Vlaška, the Yacht Club Milna, and the marina at the top of the bay - ACI Marina), Milna is a very popular nautical destination and the most usual first-night destination for charters starting from Split.

The marinas offer many moorings and many service zones that are very well equipped and, in that way, provide a safe stay for the sailors from any part of the world. The bay is also safe when it comes to winds; It provides great shelter for all boats and it is one of the safest well-known bays for charter boats.

The port was an important point for mooring even since ancient times, that is centuries before the first settlements were founded on the coast. 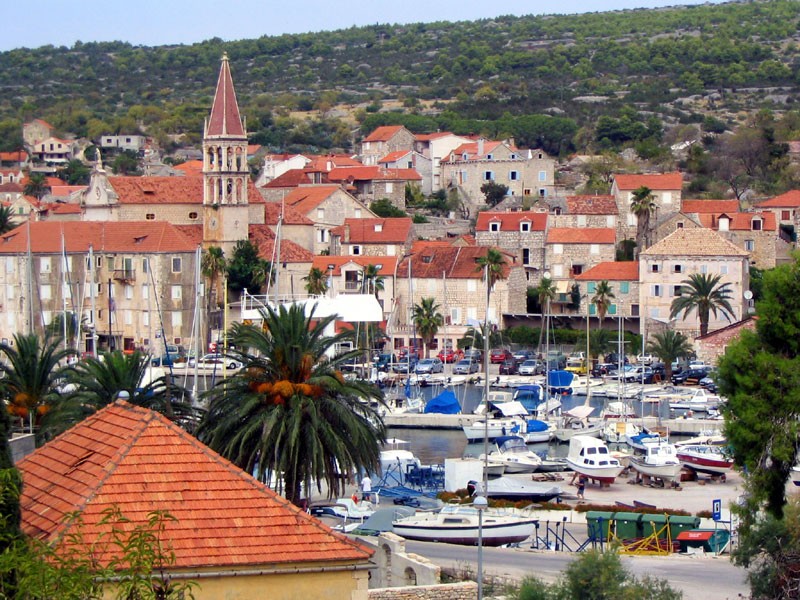 Milna - the view over the marina from the south

INTERESTING FACTS - What is it famous for?

Milna is famous, among other things (for being the naval base of the Russian fleet during the Napoleonic Wars), for the fact that it was its marvelous bay where emperor Diocletian found a secure harbor while building his nowadays well-known and fascinating palace in Split (Diocletian Palace).

The Milna bay was the choice of an emperor, so it is worthy of being your safe port for at least a day. Anchor/moor in the Milna port and enjoy visiting this beautiful place. 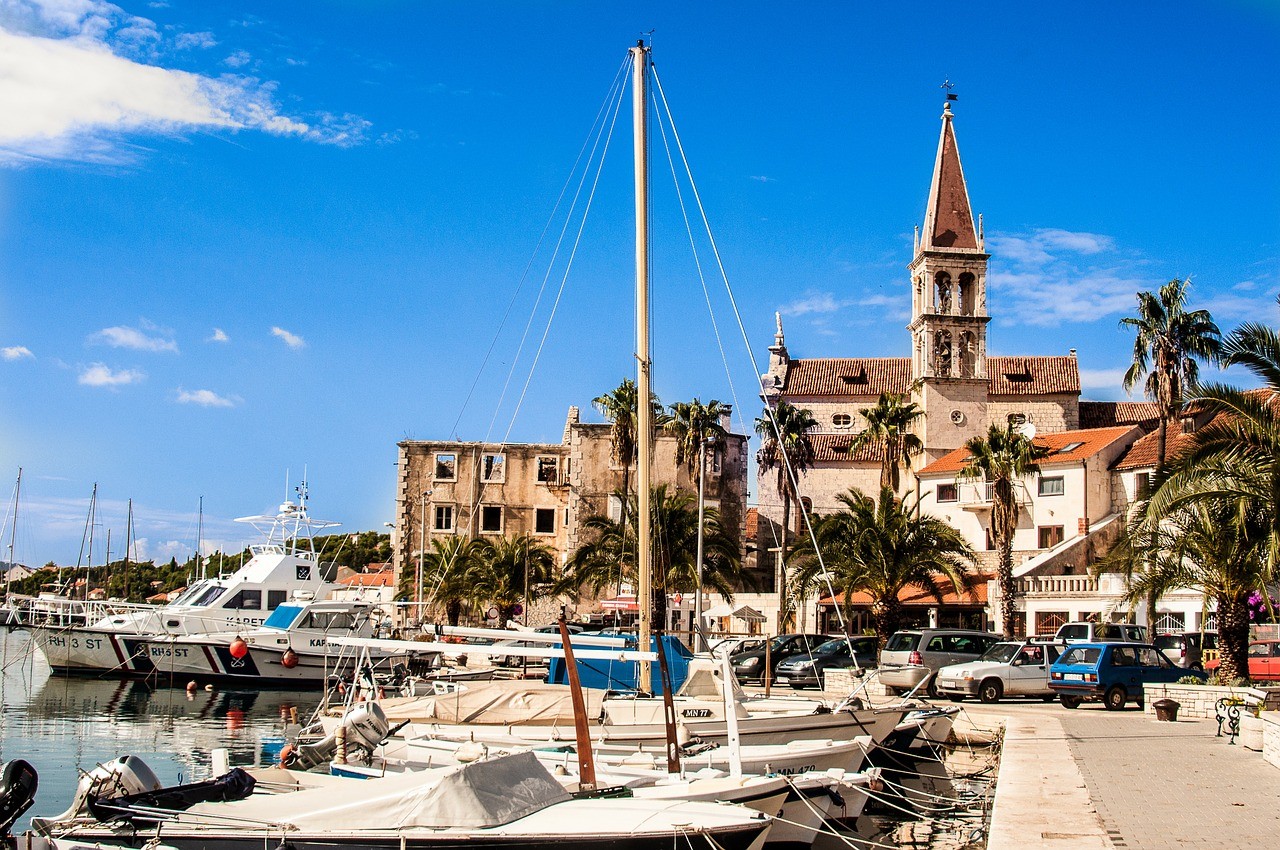 Milna - the view over moored sailboats and the settlement

Your visit to this place will be one of the best decisions on your sailing holidays in Croatia. The place is a harmonious little settlement, typically Mediterranean. 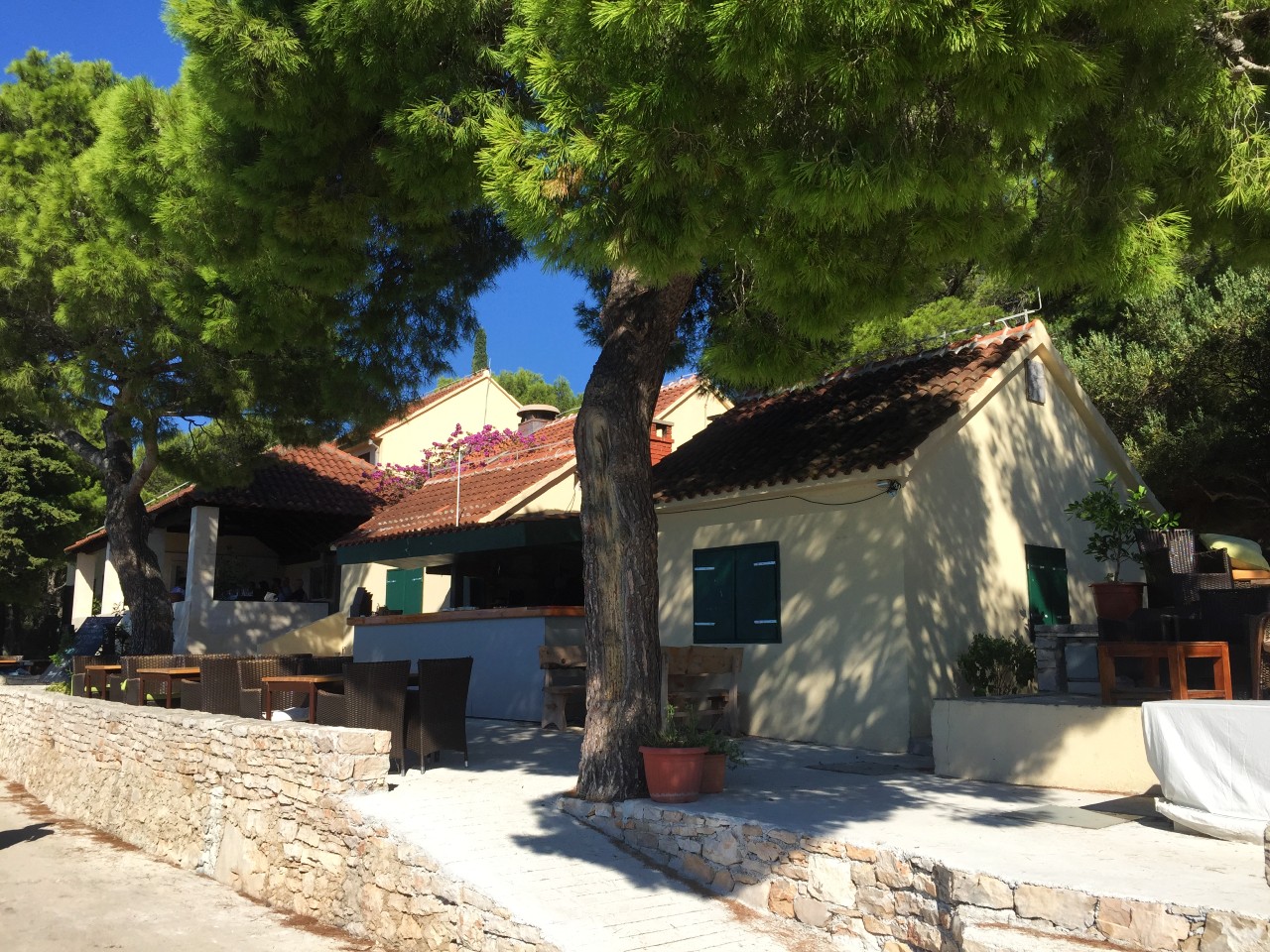 The urban center was founded relatively late – at the beginning of the 17th century. This was also when the municipality of Milna was founded around a fort built for the defense of its lands. The town was further developing around the Chapel of St Mary, which today is a sacristy of the parish church. More than half a century later, a new parish church was built in the Baroque style (Parish Church of Our Lady of the Annunciation). 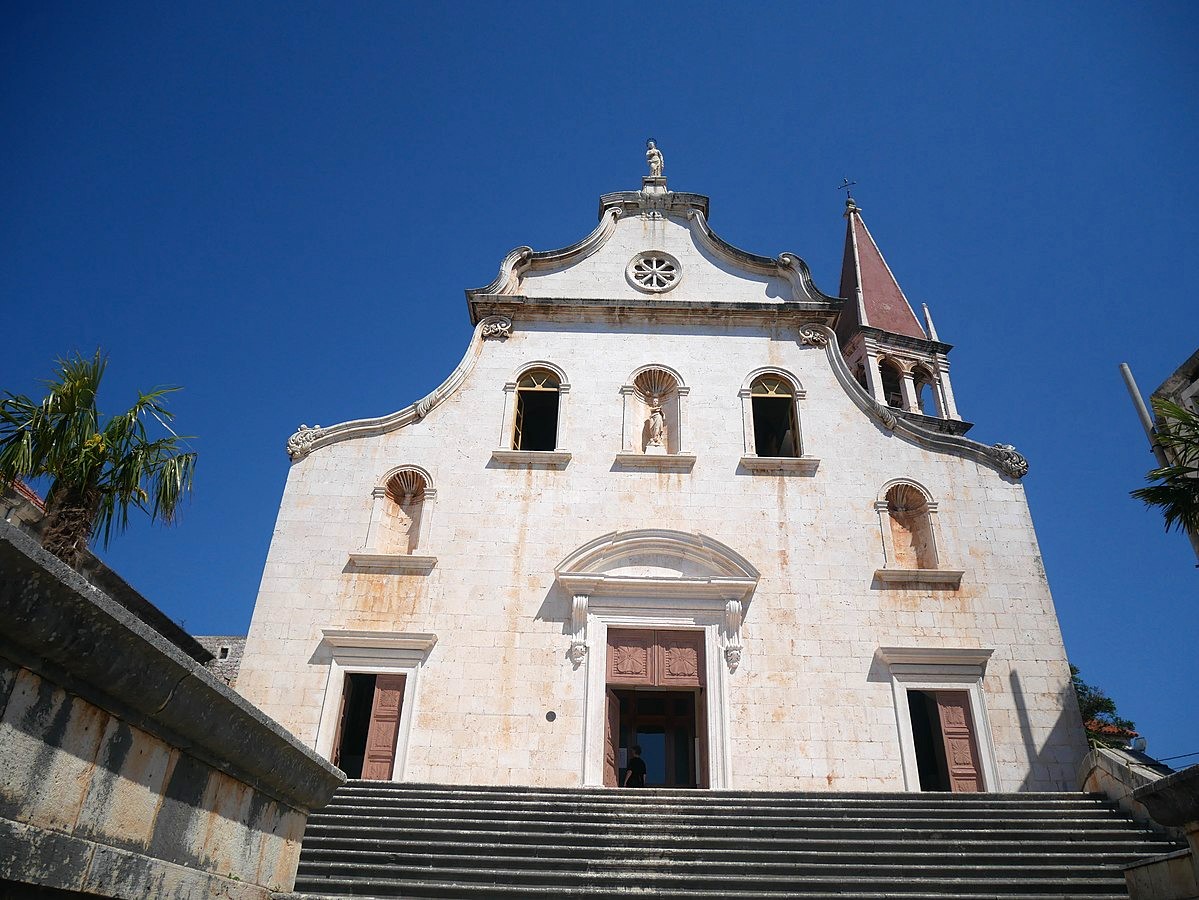 Parish Church of Our Lady of the Annunciation - baroque style

In the 18th and 19th century the place really developed, and many things were erected and built: the municipal office, school, port office, church with a bell tower, stairways, etc.

At the time, navigation became the lifestyle of the citizens – Milna is known for the families of shipowners and captains who have traveled across the oceans, for its shipbuilding and the renowned Dalmatian boat “bracera” that was first made there. Even today, besides tourism, inhabitants of Milna are occupied with olive cultivation and fishing.

CONCLUSIONS ABOUT WHY VISIT MILNA

Magnificent architecture, long beautiful promenade with houses built of Brač stone – small masterpieces of traditional construction, nice coves with pebble beaches as in Milna as in the close vicinity, crystal-clear sea, a number of restaurants offering local delicacies are just a few reasons to visit Milna.

This charming and calm place adorned with stone houses is first of all a tourist resort with more than a few hotels, post office, ambulance, only 20 minutes walking distance from the center of Milna. The biggest town and the official center of the island, Supetar, is only 18km away.

We always recommend visiting this place, since it is perfect for the crew (worth paying a visit) and the ship as well (safe harbor).

If you happen to stay longer in Milna, here is what you can do:

Blaca hermitage on the island of Brač - historical heritage

If you are adventurous and a nature lover, make sure to go hiking to the Blaca hermitage 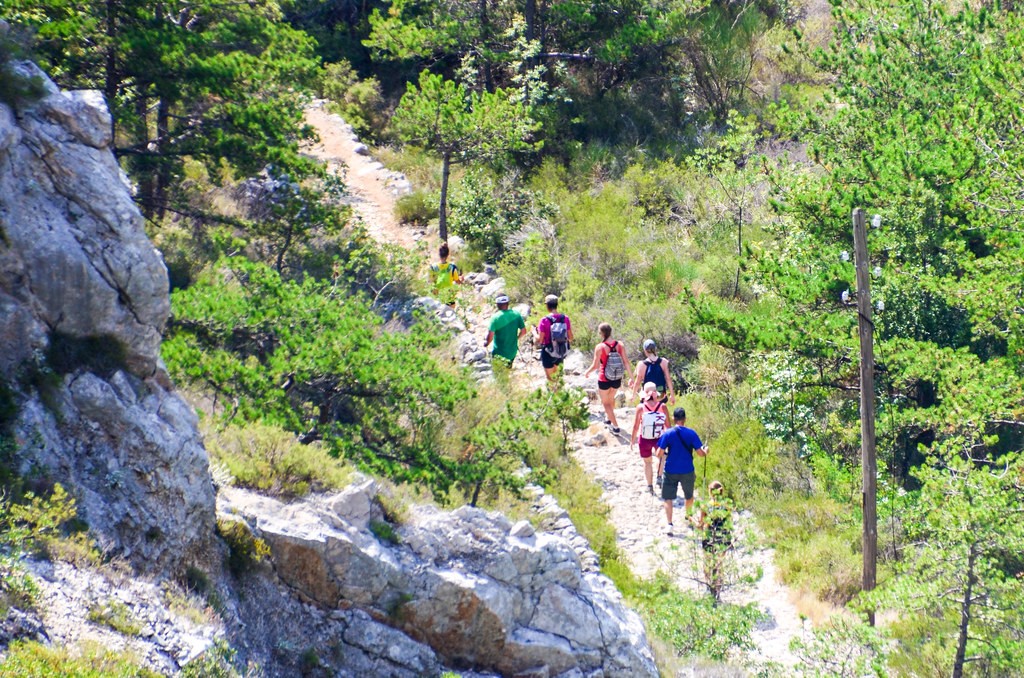 We recommend consulting Tripadvisor to find the best recommendations for restaurants in Milna.